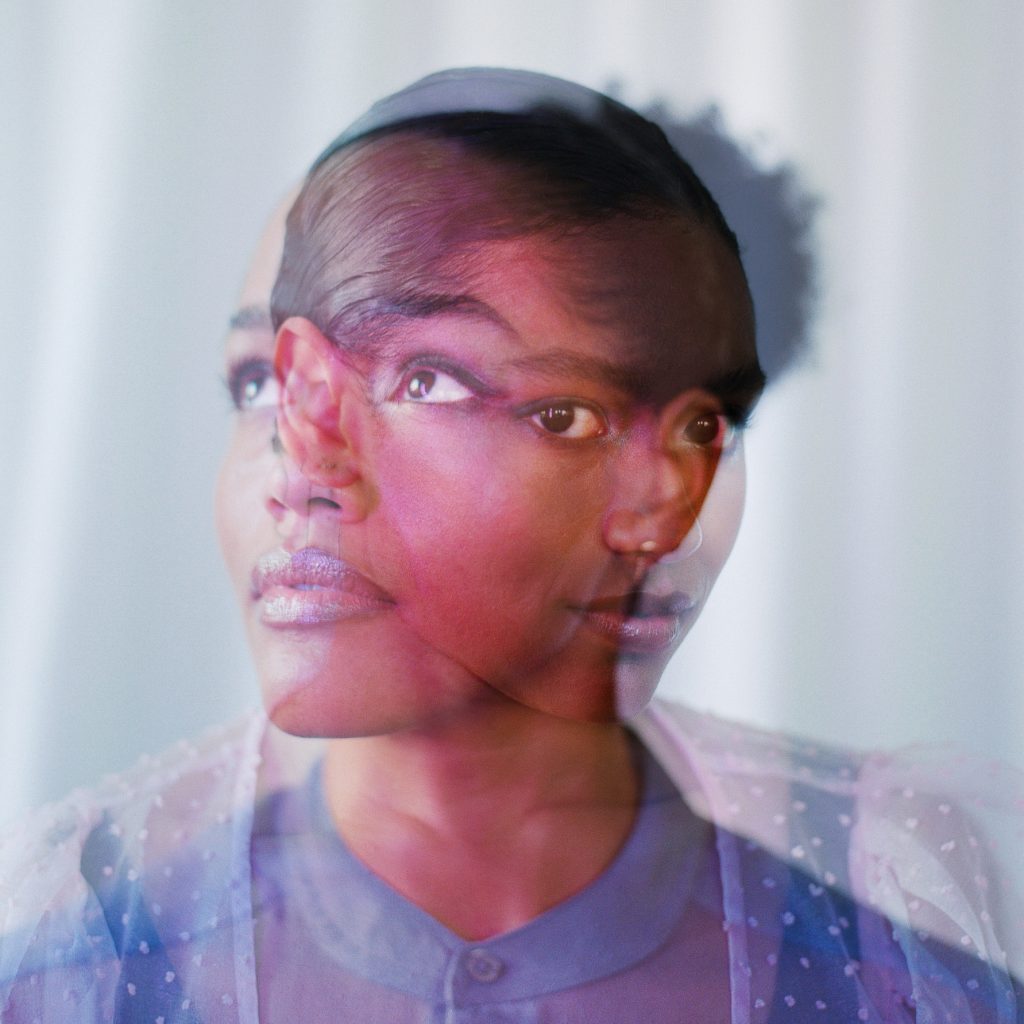 This premiere was originally published by Guitar Girl Magazine.

When April Kae’s best friend died several years ago, she found stability in a romantic relationship that itself became unstable. “CONTINENTAL DRIFT” is about April’s process of realizing that the relationship was more like an addiction. Based in Harlem in New York City, sisters Nikki and April Kae form the rock duo IMANIGOLD. Their second single “CONTINENTAL DRIFT”, premieres today on all streaming platforms.

While the song sounds distinctly 2021 in its production and mixing—fitting snugly between WILLOW and The Kid Laroi—the guitar-driven single sonically draws heavily on the early 00s. Moments of Death Cab For Cutie, Now, Now, Silversun Pickups, Yeah, Yeah, Yeahs, Tegan and Sara, and Blink-182 all come through, particularly in the driving drums, distorted synth melodies, and staccato guitar and bass. “CONTINENTAL DRIFT” was produced entirely at home by April, who also offers vocals and bass guitar to the track. The other half of the powerhouse duo, Nikki, offers vocals and guitar while also directing and producing all of the band’s video and imagery. Nikki explains, “This was the first song where we actually did everything ourselves. We didn’t play the drums, but April took drum lessons for several months to learn how to direct a drummer in Austin, Texas, where we’re from. So, we wrote all the parts and played the instruments, produced everything, and now we’re running our own release. We’re learning a lot.”

The track starts with an unhurried beat, which quickly picks up with the lyric, “Bury me in your blankets / keep out the cold / Let skin melt together / our bodies like wax”—which is about the feeling of enmeshing into another person and losing yourself. As the pulsing drums continue on, we hear euphonious vocals echo the words, “Lungs to lungs / breathe for me / your eyes in mine / I don’t wanna see.” This describes the codependency April felt as she began to understand the harm she was causing herself by being in the relationship. “It can be scary realizing you’re better off alone,” April explains. “CONTINENTAL DRIFT’s” almost-but-not-quite cacophonous ending is characterized by an unerring rock sound that puts us in visceral space April inhabited as she began to notice the ways she was sabotaging herself. Through breaks in the lyrics, intense bouts of guitar, bass, and synthesizer evoke feelings of longing and heartbreak.

Unhealthy relationships are normal, and all of us go through our own struggles with mental health. That’s to say: this song is relatable (if you let yourself go there). We get to see inside a relationship that half of IMANIGOLD experienced—through both April and Nikki’s eyes. After all, they’re sisters. Nikki was there the whole time. And you can intimately feel both women’s tender-hearted love. IMANIGOLD creates a comfortably vulnerable atmosphere, where we can indulge in a seductive space of longing, heartbreak, and painful realization.

Stream “CONTINENTAL DRIFT,” wherever you like to listen to music, and keep your eye out for this magnetic duo as they take the music industry—and possibly your subconscious—by storm.