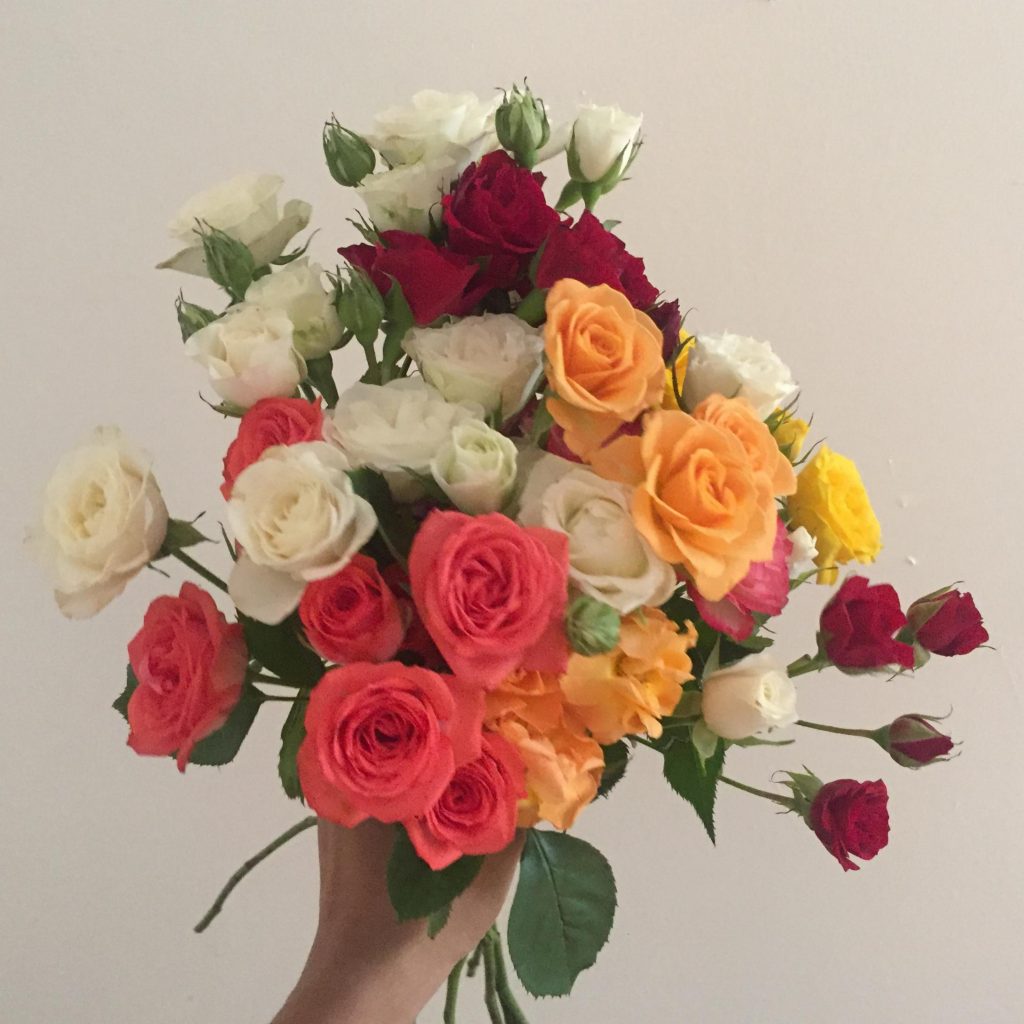 There have been a lot of high profile suicides lately, and those are statistically proven to push people over the edge. It’s important to me this message reaches as many people as possibles, so please share its ideas as much as you feel comfortable: “A Brief Guide to Helping Your Suicidal Friend, By A Formerly Suicidal Person.”

(Note the formerly—I am no longer in that place, and I am very proud of that! Please, please don’t worry about me. Direct that energy towards the people in your life who are currently suffering and still need the help.)

First, something I need you all to understand. I see a lot of people talk about being angry at victims of suicide or saying what they did was selfish. It’s not. Ultimately, suicide is a very misguided act of selflessness. Please understand that a suicidal brain is a very, very sick one. It is not a brain connected to reality. The human instinct to survive is the strongest one we have, and if someone has gotten past all that to kill themself, something has gone deeply wrong. The vast majority of suicidal people believe that the world would be better if they were gone. The idea is that by existing, you are taking up resources that someone else should have. You don’t deserve the food you eat, the air you breathe, the opportunities you have gotten, the love you receive. Your friends and family may say they love and care about you, but you know the truth is that if you died, they would move on and their lives would ultimately be better. I know this isn’t true. You, the person looking at them, know this isn’t true. But that’s the trick of mental illness: it obfuscates the truth. When the illness gets so loud you can’t hear anything else, you start to believe the lies it tells you. That is when things get truly dangerous.

When you’re suicidal, you don’t see your inherent worth as a person. That’s why telling someone “think of your family” may not work. It’s because they’re thinking of how much better their family would be without them. How much richer their lives would be if they no longer had the burden of a mentally ill person in it. Just telling someone “I’d miss you if you died” doesn’t work. Instead, try to sow seeds that mean the same thing. If they helped you with your homework once, thank them for it. This goes double if you didn’t thank them at the time. If you see something little that reminds you of them while you’re going about their day, text them. The idea that people think of you, positively, when you’re not around is more helpful than I can even begin to say. It starts to force in the idea that you are a presence in someone’s life, not just a burden. I feel like people are very shy to be affectionate with others, but try to break yourself of that habit. Tell people when you think of them, when you appreciate them. Worst case scenario, you become known as a kinder person and brighten people’s day. Best case? You save a life. Actively working to remove my kindness filter is one of the best things I’ve ever done.

Another myth is the person who is suicidal for attention. I will admit to being that person as well, but it’s not what you think. One of my most enduring fantasies while I was at my lowest was that if I threw myself down a flight of stairs, I would injure myself too badly to move and someone would have to find me. People might notice the pain I was in, I would get to be in a hospital for as long as it took to recover without admitting I needed to be in a psych ward. If you think about it, someone who self harms for attention is someone who needs the attention so badly they are willing to override their basic survival instincts to get it. They need the attention more than they need to live. I wanted to attempt and fail because then I would see who cared. That is sickness. I never did anything serious, but I did do things like ghost people or delete my twitter account to see if anyone would reach out. So, if you notice someone doing that, reach out. Check-in. Don’t pressure someone to talk if they genuinely need space, but don’t be shy. A simple “hey, I noticed you haven’t been online/at club meetings/talking/etc much lately, just wanted to make sure everything’s ok” or “it looks like you’ve been having a hard time lately, is everything ok?” goes farther than you will ever know. They will probably say yes, everything’s fine. Unless they elaborate more (or you have reason to believe they are in immediate danger), you have to accept that. But they won’t forget that you reached out.

And if they do elaborate? Listen. Really, truly listen. This is an act of incredible trust. Don’t speak over them. Don’t make it about your pain or your fear over their condition. That just makes them feel more like a burden, see point one. I honestly can’t emphasize this one enough. When I was suicidal, I was terrified of what was happening to me. I was horrified by the fantasies my brain presented to me nearly constantly. I needed someone to know what was happening to me, I knew I needed help, but to ask for it would upset people, and I’d be a burden, so that wasn’t an option. The only solution I saw was to throw myself down the stairs, because then I could get help without telling anyone I needed it. Remember what I said about the suicidal brain not being connected to reality? Yeah. It’s a horrible, cannibalistic paradox of a mindset to be living with. Also, don’t force them into treatment, that’s a great way to ensure they literally never talk to you ever again. The exception to that, obviously, is if they are in immediate life-threatening danger. They still may never talk to you again, but at least they’ll be alive.

(And for the love of god, don’t try and help them by telling them their problems aren’t really that bad, of that other people have it worse. They know. It’s possible that’s literally why they want to die. Their issues aren’t that bad, but they still can’t handle it.)

(On the flip side, sometimes people will find seemingly trivial things to keep them alive, and don’t you dare belittle those. If the only thing someone has to live for is that they want to see the next episode of Doctor Who, they’re alive. Following those little spots of light are what can carry people out the other end.)

Speaking of not forcing people into treatment, let’s talk about the difference between being actively suicidal and passively suicidal. I, thankfully, was never actively suicidal. A person who is actively suicidal needs to go to the hospital. Immediately. They have a plan, they have means, they have intent, and they are at immediate risk of death. This is where all my advice goes out the window and you call 911. A person who is passively suicidal, meanwhile, is probably not going to kill themself today and a hospitalization may do more harm than good. Being passively suicidal means prefacing a lot of things with “I don’t want to die, but…”. You don’t really plan on killing yourself, but if some cosmic force decided to take you out tomorrow, that’d be good. You may stop looking both ways before you cross the street or wearing a seatbelt. You see things and think about how they could hurt you, how you could use them to kill yourself, but you never get as far as picking them up. You don’t want to die, but you don’t want to live either. You can be in this state for a long time- I think I was passively suicidal for nearly a year. I never made any attempts, I never self-harmed, I never formed a plan, but I lived for a year believing that the world would be better if I were dead. It’s a horrible way to live. What I’m trying to get across with this is that no one wakes up one morning and decides to shoot themself in the head. It’s something that’s been building for a long time.

Most of the resources people offer are geared towards people who are actively suicidal, and therefore a passively suicidal person may not feel they deserve to get help. I often felt that because I didn’t have a plan, I didn’t “count,” and so I should leave those resources to people who truly needed them. I know many other people feel the same way. I also did not want to get sent to the hospital, and I knew if I told someone how I was feeling, they would call 911. I know this is against everything you’ve ever heard about suicide prevention, but a passively suicidal person doesn’t need to be involuntarily hospitalized. If you feel you can’t tell the difference between someone who’s actively and passively suicidal and you’re worried about someone, stay with them. Your caring presence means more than an ambulance ever will. And, in my experience, if someone has gotten to the point of admitting they’re suicidal and talking about it with you, they probably won’t lie if you ask if they have a plan or intent. If they’ve opened up to you, they are afraid and want help. The part of their brain not ruled by their illness knows it does not want to die.

Being suicidal is terrifying and lonely. It’s a disease that works by isolating you. You know you have a problem, but you can’t reach out. You feel no one notices or cares. The best way to help a person in that place is to notice. Let them know you notice. If they trust you with their honesty, listen more than you talk and give them what they need, not what you want to give. If you don’t know what they need, ask. They may not tell you at the time, but they won’t forget what you did for them. 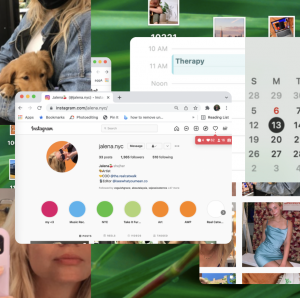