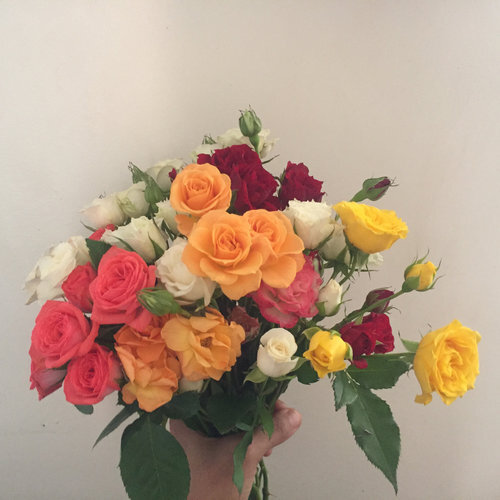 White people, this is for you.

I grew up in a town where I was surrounded by 99 percent white people. Needless to say, there were lots of “Amy Coopers” in my town. This combined with being raised in a country that is inherently racist—where racism is reinforced in books, TV, and film—means I most certainly have said and done racist things in the past. It is ridiculous to think me and other white people like me have not.

When someone tells a white person that something we have said or done is racist, we need to listen before immediately reacting and screaming, “I’M NOT A RACIST!” It’s natural to feel shame and embarrassment. But we need to acknowledge these feelings, then move on to learning why what we said or did is harmful and, in fact, rooted in racism. When we don’t educate ourselves, it enables us to repeat the same behavior.

I wasn’t exposed to other cultures in my hometown, and didn’t take it upon myself to learn more about other cultures until I moved to New York City, and became friends with amazing women in the city who weren’t all white like me. That said, it obviously wasn’t their job to explain every single detail of racism to me. But, I wanted to learn so I could be a better person to those around me. I read books, listened to podcasts, followed activists on twitter, and consumed more film and television that wasn’t just about white people. I put in work to grow my understanding.

White friends, if you’re not already doing this, please start. Whether you’re in a small homogeneous town, or a big city with plenty of diversity, it is necessary to expand our perspectives. Every day, non-white people have so much bullshit to deal with. Bullshit that impacts their quality of life and literally results in their lives being taken. I’m still learning every day, and I will be for the rest of my life, Because it’s not a “read one book, problem solved!” thing. Unlearning racism and white supremacy is a life-long pursuit.

And finally, to any white person complaining about the riots, I beg you to have empathy for the perspective of the protesters. America has been murdering and oppressing Black people since white people colonized this country. How much grief can a human hold? How many times can a person ask to be treated with dignity, only to get the response, “You’re overreacting.. It’s a few bad apples… The victim wasn’t perfect…” Have you ever felt grief so strong that it overwhelmed you and turned to red, hot anger? I am not saying everyone in the country should break windows and burn down buildings but, listen, I understand the utter despair that can lead to overwhelming anger.

I do not know the perfect way forward, but white people need to start talking about this shit and help people who are not white, and work to understand their hurt.