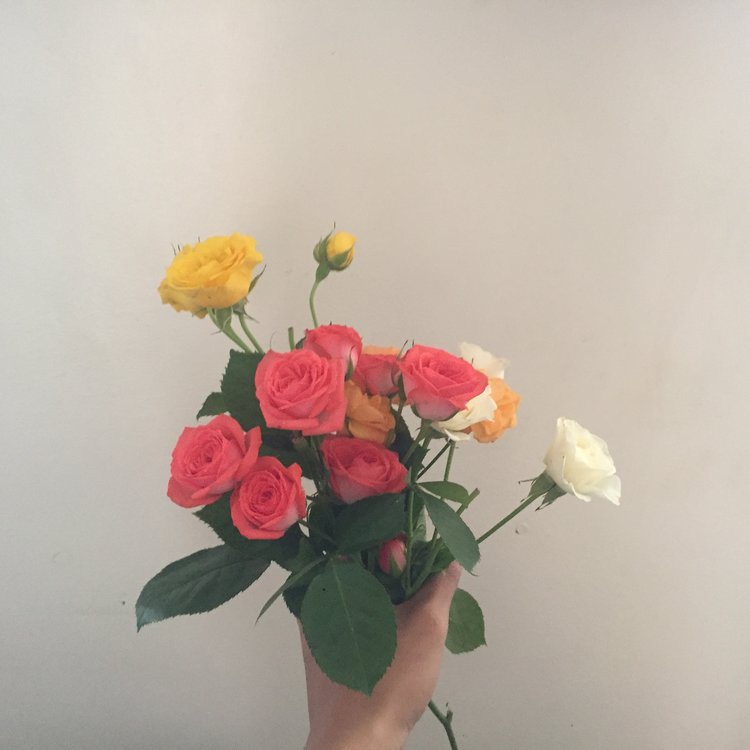 If you’re a white person planning on celebrating “cinco de mayo,” read this and check out this graphic first. And on a more serious note, today is the anniversary of the Kent State Massacre and the death of IRA political prisoner/hunger striker Bobby Sands.

Editor’s note: Someone commented on Marc’s above Facebook post writing, “Your anti-white rhetoric is getting old my friend.” Here’s what Marc said in response:

This country just elected an open racist as president. Tens of millions of people—including the vast majority of white males and over 50 percent of white women— decided that trump’s racism wouldn’t be a deal-breaker for them.

I’ve had several people tell me they voted for trump because “they’re tired of having to be careful about what they say.” And exit polls and surveys have shown that racism and anxiety about “demographic change” were a major, if not the top, motivating factor in voting for trump. And that’s just since November, not to mention, like, the last 500 years of history. Like, we obviously live in a deeply white supremacist society, and we have tons of work to do. Those of us white people who aren’t down with racism have to be proactively so, or else we’re complicit.

The defensiveness that comes from a lot of white people whenever racism is brought up is troubling—if we can’t even admit that we’re racist and benefit from white privilege and institutionalized white supremacy, how do we begin to address it and change it?

Yes, “all races” should work to avoid stomping on others’ cultures. But who, overwhelmingly, will show up tomorrow wearing sombreros and talking about “cinco de drunko” and pantomiming broken Spanish? Probably mostly not Latinx or Black people…

All white people are racist. Including me. We’re socialized in a deeply racist society, and we can’t avoid it any more than a fish can avoid water. At best we keep it at unconscious bias. At worst, it’s…worse.

This isn’t a condemnation; it is what it is. But it’s a basic starting point from which we need to start because if we’re not dealing with reality, we won’t change anything.

I’ve heard comments about mispronouncing people’s “funny-sounding” names, and recently heard about some people I organize with going to a Fight for 15 protest and being super negative about it, talking about, “These just aren’t my people.” And I’ve heard the n-word thrown around in a community meeting and “illegal” (in describing people) thrown at me by a local leader, so…

Yea. I don’t know. Yea, I’m probably going about talking about this stuff the wrong way, and no, I don’t know what the right approach is. We can talk about education until we’re blue in the face but how do we even get people in the room in the first place and get them to open their ears and minds? And I’m not gonna sit here and deny the role that racism and demographic/racial/ethnic/sexist resentment played in the election results and the role it’s still playing in this nightmare disaster that’s going on. I just see a lot of people willing to ignore a lot of shit because they think it’s gonna happen to “someone else” and this guy is gonna “shake things up,” or whatever. It’s the epitome of privilege. But I don’t know. I’m at a loss too.

I have respect for my fellow white people when we stand up against war and racism and oppression. We’re pretty far from a world where justice reigns and our sins have been atoned for, pretty far from a world where it’s even a little bit reasonable for me to get defensive when someone rightly calls me out on my shit. (Just a day or two ago a 15-year-old innocent unarmed Black boy was killed by cops in Texas.) A long way away.

I just don’t think we’re in any position to act innocent or defensive right now when reality is brought up. We have to do the work—in our homes, neighborhoods, unions, workplaces, and so on— and then we’ll be getting somewhere. But denial doesn’t help. Just being frank.

I wish I knew a way to reach people that didn’t involve either dismissing them as hopelessly racist and conservative and destined to continue to vote against their own interests, or coddling them and treating them with kid gloves and walking on egg shells when it comes to calling them out on, and holding them accountable for, their very real racist/sexist/xenophobic beliefs and attitudes. I don’t know.

Editor’s note: Marc wrote the below when I asked him if I could share his words.

In hindsight, I wish I had said more and been less apologetic.

I should also add that it’s not about individual moral purity or white people saying, “I’m not racist.” That’s all fine and dandy. But we’re talking about systems, institutions, and a culture that enforce and reinforce white supremacy, racism, and anti-Blackness, and that, as the people who benefit from it most, it’s our duty to fight and dismantle it. We think of racism too much in terms of individual thoughts and attitudes and morality and not enough in terms of systems.

Also, to be a “white person” and “whiteness” are inventions. I have no loyalty to or investment in whiteness. People who get annoyed when dominant groups (whites, men, straight and cis people, so on) are called out or made fun of or whatever do so only because they have some identification with or stake in those dominant identities, and therefore in maintaining their dominance.

The idea of race as an indelible attribute is a new idea at the heart of these new people who have been brought up hopelessly, tragically, deceitfully, to believe that they are white. These people are a “modern invention” whose whiteness has no real meaning divorced from the machinery of criminal power. The new people were something else before they were white—Catholic, Corsican, Welsh, Mennonite, Jewish—and if all our national hopes have any fulfillment, then they will have to be something else again. Perhaps they will truly become American and create a nobler basis for their myth.

Fuck white straight men, and I’m one of them! Fuck their feelings.

We ran and colonized and pillaged and raped the world for 500 years. We’re no longer the center of the world. Other people are asserting their humanity and dignity. Fuck us. We can step aside. There’s plenty to go around for everyone. If you consider yourself “white” before you consider yourself a worker or a union member or Irish or whatever, and run to defend whiteness, that’s part of the problem.

The Enduring Solidarity of Whiteness by Ta-Nehisi Coates

How Racism Invented Race in America by Ta-Nehisi Coates

The Invention of the White Race by Theodore W. Allen

Editor’s note: Do yourself a favor and listen to Black Man by Stevie Wonder while reading this.

Also, I am aware we’re using a gender binary here, which I like to avoid doing. Unfortunately the statics we’re drawing on use this language. Things like this are why we need to create more inclusive education environments. So that our statisticians and academics can do research that acknowledges others’ humanity and better reflects society—which is to say, better research.