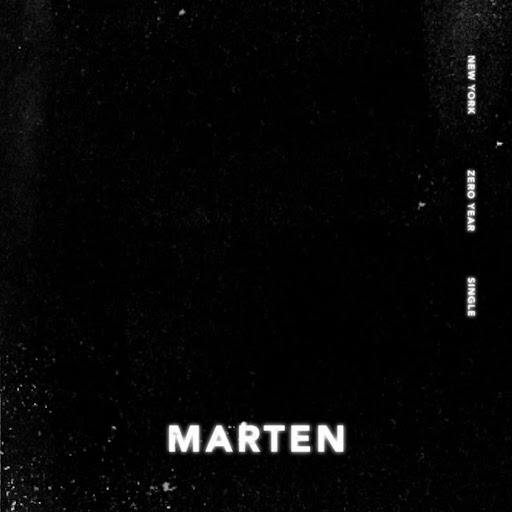 Regardless of your location, job, or extra therapy sessions, navigating the past year and a half has been challenging (to say the least). We interviewed Harlem-based producer and creative Aaron Marten on how the pandemic challenged his practice and forced him to look more intimately at his ‘shadow’ self.

IMANIGOLD: Through your work and the way you center self-exploration, it’s clear that looking at different parts of the self is important to you. How has self-expression helped you explore your fears?

Aaron Marten: There’s a psychologist, Carl Jung. He talks about the human shadow a lot and how it’s not necessarily bad, it’s just everything about ourselves that we repress because it doesn’t fit into society.

And the human shadow—being a very mysterious concept and glamorous in that way—it’s a big part of my work. So, when I sit with my fear for a long time, it helps me feel a sense of being able to grapple with parts of myself that are more difficult to look at. I’m able to bring it out into my awareness rather than dealing with it on a completely unconscious level.

“From the way you worded it, it seems we spend our lives unpacking these repressions.“

AM: Yeah, for example, if a kid is at a restaurant and he’s loud, and his mom tells him, “Don’t raise your voice in the restaurant.” He then hates the loudness and represses it. And what happens is, by the time we’re adults, we have a bunch of that shit, and we’re dragging it around in our subconscious.

Carl Jung talks a lot about meeting your shadow on its own terms and accepting that part of yourself. And to me, it seems like the people who are the most repressed do more harm in the world than those who acknowledge their inner darkness and work to be conscious of it.

IG: What have you been feeling scared of (consciously or subconsciously) over the past year?

AM: I think everyone thinks they have an idea of what their future will look like, and then something like COVID makes us all realize that it is never ‘for sure.’ So, that has contributed to my fear of the unknown. And then, on top of having everything that happened with George Floyd and feeling completely out of control contributes to a feeling of no stability. Our president (at the time) was exacerbating everything even further, and it felt really fucking crazy in New York.

AM: Yeah, like constant alarm bells going off. I think what scared me was it became harder and harder to keep an optimistic mindset like, “Oh, it’s okay. This will pass.”

It was in this climate that my song “Zero Year” was born. Because, for me, I think it would have been worse had I forced myself to be optimistic the whole time. The song was a way to say, “Hey, I see you,” and kind of move past it.

IG: It sounds like you were acknowledging but not giving all of your power to these feelings. Were there also moments of self-reflection that now benefit you?

AM: I’d always told myself, “If I wasn’t going to work every day for eight hours, I’d be so much more successful with music or further along because I could work on music all day.” And then suddenly I had the opportunity to be at home all day, and obviously I still had work, but I had way more time than before.

So, then I learned that telling myself “I’ll really crackdown on music when I don’t have work,” is an illusion of an excuse—and actually there were much deeper resistances I was dealing with.

IG: What’s come as a result of that realization?

AM: The most positive thing was dispelling that illusion, I would say. And realizing that if something is important to me I have to make time for it, day job or not. There’s always going to  be things to prioritize in front of other things, and working remotely didn’t change that.

“…if something is important to me I have to make time for it, day job or not“

AM: Yeah, and I also think a huge positive takeaway from this year is that everyone, to some extent, is still in it together—for each other. After all, we’re all in this together.