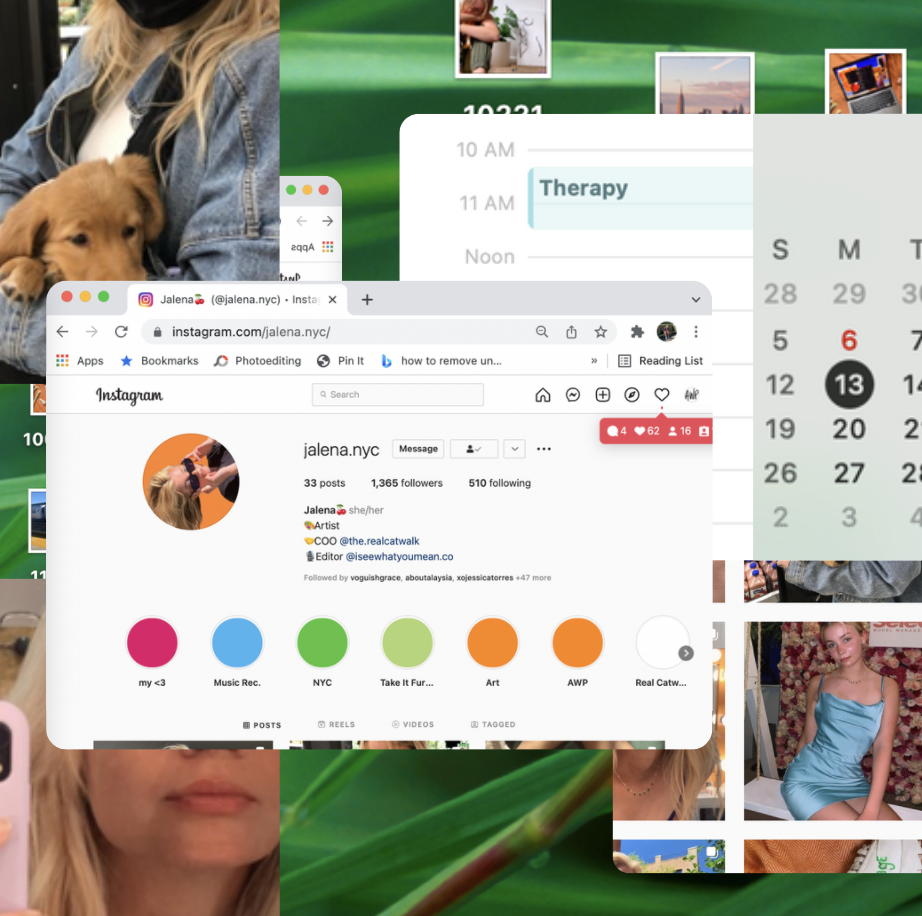 Social media is our community center, our workplace, our vision board. But, when left unchecked our longing for external validation, through social media, can become toxic.

At 12-years old, social media was my first love. It was an enchanted love, like that crush we all had in middle school. In my eyes, it was perfect. Built-up and placed upon a pedestal in my head. And in large part because I was introduced to social media at a young age. I built my life around apps and launched a career dependent on this online world. However, like most people, I didn’t fully grasp the cognitive impact it would have on a daily basis.

Twitter started as a status update for your inner circle. Most people didn’t know what hashtags were at the time. Now, they’re used to elevate cancel culture. Similarly, Instagram, which originated as a photo-sharing app, now is one of the most valued signifiers of social status. And these aren’t just numbers. They mean real social, financial, and political opportunities based on the platforms of each individual. Even YouTube, once a humble collection of home recordings, has grown into a Google-owned platform. I remember seeing Rebecca Black’s “Friday” music video and thinking, “this is the peak of virality.” Little did we know YouTube would turn into one of the largest collections of videos, opinions, and unverified information sharing.

Like myself, it seems that most people entered the realm of social media as we would with a school crush—oblivious to the red flags. We were intoxicated by the comfort of a seemingly serendipitous connection to a global community. Now, it’s become apparent that social media is not so authentic after all, and somewhere, along the way, it lost its magic. Ignorance no longer feels like bliss.

“We were intoxicated by the comfort of a seemingly serendipitous connection to a global community. Now, it’s become apparent that social media is not so authentic after all, and somewhere, along the way, it lost its magic. “

Just in the past five years, there’s been an overwhelming number of films and articles released about the toxicity of social media. Netflix produced a documentary titled, ‘The Social Dilemma,’ which further explored this theme. It exposed companies like Facebook and Google for using psychological tactics to retain and gain new users. And while apps like Netflix are bringing attention to the problem, they’re still contributing to it.

Social media is our community center, our workplace, our vision board—it’s more a part of our lives than we ever anticipated. And when used correctly, it can be a valuable resource. In my line of work, I have seen it connect people with mental health resources, create lasting communities, and even launch life-changing careers. Ultimately, how much we engage in social media is up to us as individuals. Just as we approach friendships, relationships, and careers with boundaries, we have to do the same with our online platforms.

However, setting boundaries with social media is different. Unlike with good friends, social media doesn’t listen or respond to your limits. Instagram doesn’t understand your triggers, and platforms like TikTok and Twitter are not built to prioritize mental health. You are the only one that can enforce boundaries, and that is hard but not impossible.

For me, taking steps to create a healthier relationship with my phone has been an uphill battle. Just like any self-improvement, it’s a process, and it’s incredibly rewarding to take accountability in what you allow to grow in your life.

One of the first steps I took was unfollowing accounts that left a pit in my stomach. Often online, everything feels personal—if someone doesn’t like your post or follow you back, it feels like they’re not interested in you as a person.

The desire for social acceptance is natural, but it’s important to recognize that everything is not personal. In fact, most things aren’t. I realized my relationship with the people behind certain accounts didn’t matter. What mattered was my present reaction in the moment. I was choosing to engage with—and feel brought down by—certain accounts. I don’t owe anyone a follow or a like, and the same is true vice-versa. Once I began to act upon this belief, it made my approach to social media less burdensome.

It became safer not to people-please both online and in person.

It became safe not to share every moment with the world. If I am with friends and no one sees photos, my interaction isn’t any less valuable.

It’s safe to have a better awareness of my limits. I can more easily say “I see you, and I will circle back when I am ready,” to any circumstance.

It’s safe to not be the most successful person in every room, every chat, or every conference.

It’s safe to fail or to feel utterly and completely lost.

I use the word ‘safe’ heavily in these examples because when we rely on—and crave an unlimited amount of—external validation, we put our safety, trust, and blind belief into something toxic when left unchecked.

This is not to say that we should stop using social media. It can expose us to new ideas and it can open our eyes to the experiences of others. But, we have to be attentive. We have to put forth an effort and truly stay active in this new mental health challenge.

We know our own limits more than anyone else. We have the power and ability to draw lines for ourselves when it comes to what we’re willing to engage in. We don’t have to be complacent with the choices and decisions that inevitably take time from our lives. It’s crucial we check in with ourselves and identify the things that drain our energy without replenishing it in turn.

If social media has taught us anything, it’s that boundaries are necessary, and it’s not selfish to prioritize mental health. Just like many of us look back at our awkward middle school crushes, social media is not as perfect as we once thought. We have to recognize now whether we want to further engage in a relationship with this online world or take a step back and reevaluate our priorities. The choice is entirely ours.